Independent Science Journalist Who Exposes Research Fraud, Ethics Breaches & Corruption Threatened by Lawsuits: Here's How You Can support Him! 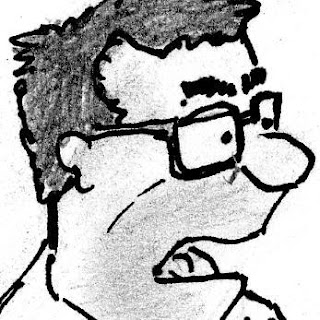 As I have been reporting before, no holds barred independent German science journalist Leonid Schneider, who runs the blog For Better Science to expose and call out science fraud, ethics breaches and general scientific hype and institutional corruption, particularly in the life and medical sciences, has recently been hit by civil lawsuits to silence his reporting. Besides the couple of Thorsten and Heike Walles, another exposed former Paolo Macchiarini associate and likely co-fraudster and ethics villain, Philipp Jungebluth, is now also suing Schneider for libel. In both cases, court injunction have already been made threatening Schneider with massive monetary fines or prison time, and he is now facing the substantive economic cost of defending himself in two separate proceedings and, if the court so decides, pay the fines and the legal costs of the plaintiffs. Note that what Schneider has been reporting is only already publicly available and proven facts, so he is not in any way slandering these people, but rather providing an important information service to universities, hospitals, research funders, and potential patients (and possible guinea pigs) of the dear doctors. Of course, the whole thing is a so-called SLAPP operation, to shut Schneider up by scaring him with the financial consequences of continuing his reporting.

To help Schneider manage through this challenge, you may first of all sign this letter of support of his reporting. If you're in such a position, you may also engage Schneider professionally. But he has also set up this crowd funding page, to help everyone who dislike science fraudsters and unethical researchers, as well as the practice of silencing important public reporting by abusing civil law, to pitch in financially. I've become a monthly "patron", but there are many options and you may chose your contribution freely, with more generous amounts providing you with a steady stream of Schneider's homemade satirical science cartoons, such as this one: 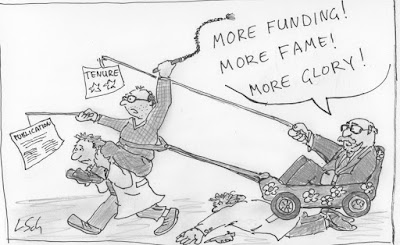