South Sweden Police's Registry of Roma is Illegal on Multiple Counts – and More Criticism May Well Be Coming!

So a while back I posted an admittedly rather annoyed and highly sarcastic piece regarding the revelations of a registry of more than 4 500 people, mostly of roma origin or related to roma people, some of them since long dead and over 1 000 of them small children, and the feeble and completely confused attempts of responsible police officials to deny any wrongdoing, responsibility or simply sweep the whole thing under the carpet. After that it has been revealed that the registry has contained a large number of people with no suspiscion of or  connection whatsoever to criminal activities and completely respectable lives, jobs social situation etc. – they just "happen" to be roma or having roma relations. 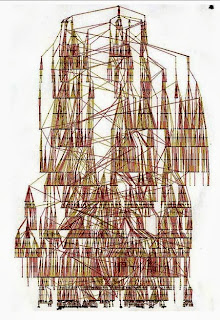 As I reported about then, a criminal investigation of possible illegal actions in the setup, management and use of the registry was immediately opened by a criminal prosecuter and two police officers have since then been notified of suspiscions of crimes in this respect so far. Parallel investigations were opened by the the Commission on Security and Integrity Protection (SIN) and the Swedish Discrimination Ombudsman (DO). The former authority "supervises the use by crime-fighting agencies of secret surveillance and qualified assumed identities and associated activities" and today delivered its report on what has become known as the "roma registry". Reports in the press can be found (1st one in English) here, here, here, here, here, here, here.

The verdict is that the registry is severly misconceived from the outset, handled sloppily and with lack of discipline and illegal on multiple counts. This, it should be noted, is an administrative legal verdict and does not – however severe its administrative legal implications – by itself imply criminal wrongdoing of any person, but it's hardly good news for the already notified officers mentioned or others formally responsible or users of the registry in South or other parts of Sweden that may be under the criminal prosecuter's scrutiny. What the outcome of this criminal legal process will be remains to be seen.

Likewise, the SIN verdict does not settle the issue of whether or not the setup and running and use of the "roma registry" amounts to illegal discrimination (on ethnic grounds). This is the topic of the DO investigation, which is still ongoing. SIN does note in its report that, apparently, ethnicity has not been the only ground of inclusion of people into the registry – however, this does not settle the illegal discrimination issue, since it seems that people have been included (almost) only if they have either roma origins or relations to people of such origins. That is, while more or less well-founded suspiscion of crime or feared future criminal activity has indeed been a reason for inclusion, a great many people falling into that category have not been included and, seemingly, this is due primarily to their lack of roma origins or connections. It remains to be seen how the DO will assess this delicate situation.