Next Step in Hungary's March Back to Dark and Brown Political Legacy: Official Historical Revisionism to Hide Pro-nazi Past 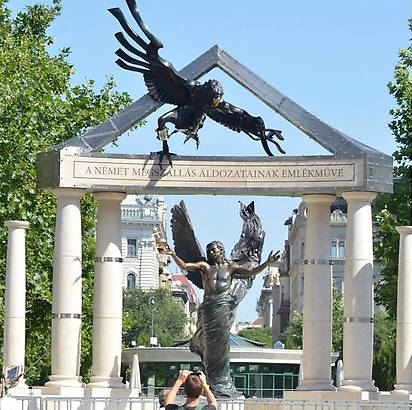 This was brought to my attention by my friend and colleague at the University of Gothenburg, distinguished political science professor, Bo Rothstein. As some of you may know, after a brief time of emerging out of its Soviet satelite past and joining the EU as a liberal democracy, Hungary has for some time been moving in an increasingly extreme rightwing, nationalist, anti-liberal and anti-democratic direction. Led by Prime Minister Viktor Orban of the Fidesz party, increasing assaults have been made on basic democratic principles – to the extent that the EU has been reprimanding some of the plans harshly, short of threatening of expelling the country from the union altogether. Earlier this year, Orban declared that he viewed China, Russia and Turkey as rolemodels to follow, and that he wants to abandon liberal democracy in favor of an “illiberal state”. This follows a process starting in 2002, of cooperating with openly nazi racist organisations and semi-militias over several years to deliberately dismantle and undermine Hungarian democratic institutions and freedom of opinion and speech, as well as weakening basic principles of ascertaining rule of law and legal security. Some further reports are here, here, here, here, here.

Therefore, it should perhaps come as no surprise that this march towards the darker regions of modern central European history is now being complemented by a historical revisionist agenda, aiming to hide Hungary's dirty past in this area. Bo's open letter (published as a Swedish debate article here) to the Swedish Hungarian ambassador describes it as it is – an image of the monument is seen above (view a larger version by clicking the image): 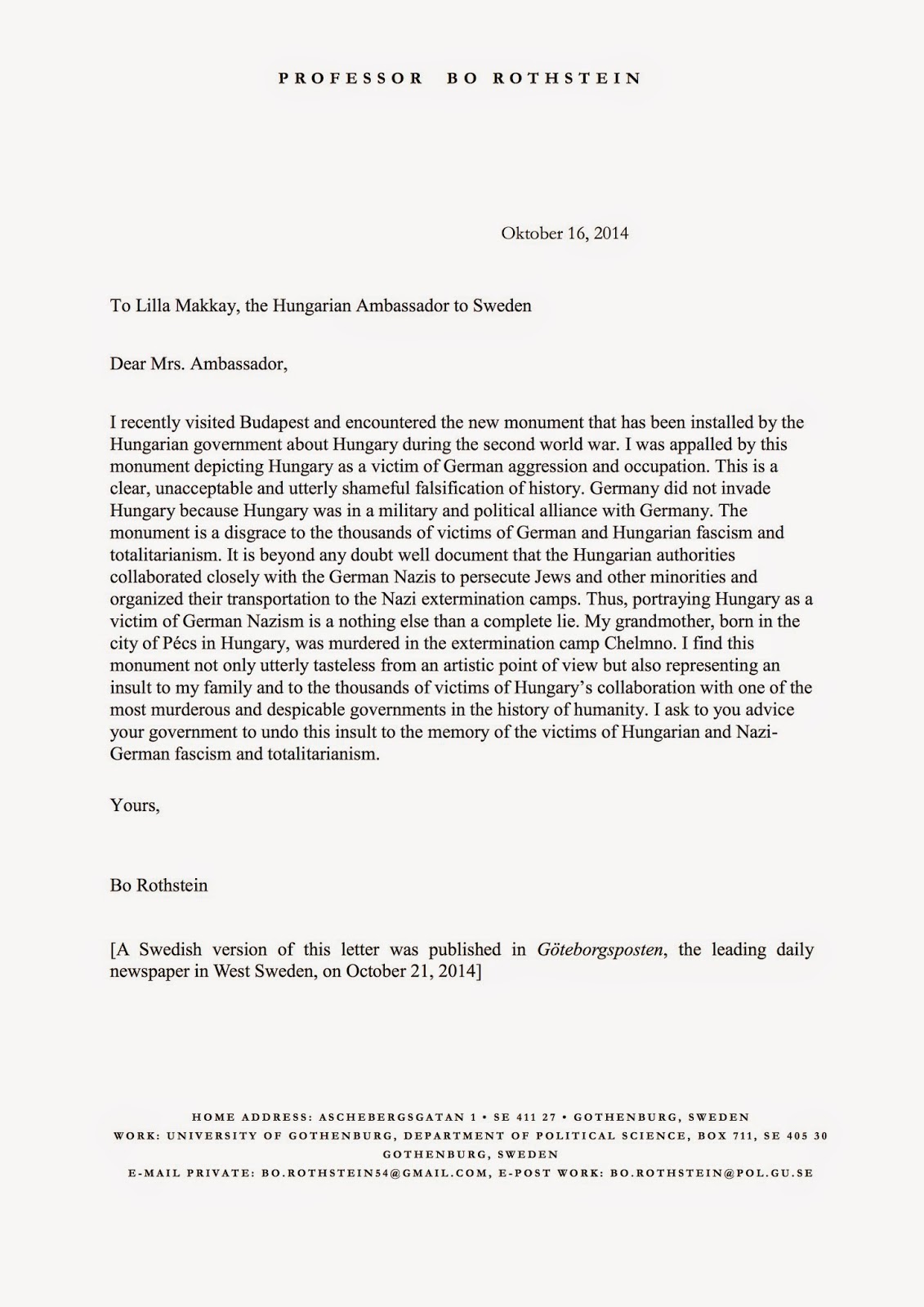 The lie that Bo here uncovers should come as no surprise, as one of the few things that have potential of tripping the populist far-right nationalist politics pursued by Fidesz is its obvious links to the nazi-past of Hungary. Hence, that past needs to be erased, and into the Hungarian collective mind should be installed a lilly-white version of the innocent maiden, where the blood stained hands of mindless butcher, selling out its country for a slice of the cake of the promised 1000-ear Reich, belongs. That's Victor Orban and Fidesz for you in so many words.