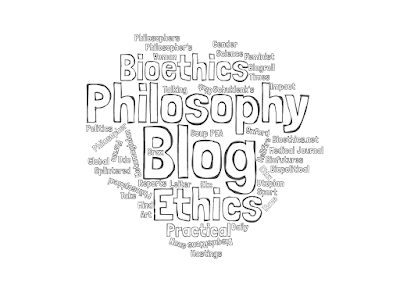 Just a quick note that I have finally gotten around to updating the Philosophical Comment blogroll, that is the list of linked blogs promoted on this page further down in the left hand side margin. I have basically taken off all old blogs that either has closed down since I listed them some years back, or that when I checked had not posted anything for a year or more. In addition the URLs for some of the still active blogs had been changed, so this has been updated as well. Among the new entries are:

But I would like to push a little bit extra for a very recently started blog by my dynamic colleague and good friend Richard Ashcroft, professor of bioethics at the School of law of the Queen Mary University of London: Utopian Biofutures. One of the most broadly conceiving and farsighted of philosophical bioethicists I know (being a scholar law and social science besides philosophy, applied ethics and political theory), this blog is dedicated to his latest project, where he sets out to combine his diverse scholarship with his astute knowledge and affinity for futuristic and SF fiction in an analysis that is to address what technological utopias for humanity and human societies we, where we stand now, have reason to consider and what we should think and do about them.