On the "One State Solution" to the Israel-Palestine Conflict

Since the Oslo Accords of 1993 and 1995 initiated what has become known as the "Oslo Process", the recognised vision of how to resolve the longstanding violent conflict between the state of Israel and Palestinian representatives, organisations and people have been the so-called  Two State Solution, where the state of Israel is to mostly withdraw to its original 1947 borders, and a state of Palestine reign over the remaining territory of what used to be the British colonial "protectorate" of Palestine. This resulted in the creation of the Palestinian Authority reign over the Westbank and Gaza territories, pending final negotiations about nation state borders, which have never so far taken place. In the meantime Israeli seizure of Palestinian property and land, and colonial settlements in occupied territory have continued, as have violent rhetoric and activities both within the Palestinian territories (since the militant islamist Hamas movement seized power over Gaza and effectively put a stop to democracy there), and between the Israeli army and various militias and activists from the Palestinian side. Of course, mostly with the result of massive domination and show of force from the Israeli side, to the repeated disbenefit of people living in the areas, especially the blockaded Gaza strip. Very recently, some initiatives from Hamas has signaled attempts to overcome the infighting with the Palestinian Authority, but so far with no notable political result. Even more recently, US president Donald Trump stumbled into the conflict in the rogue elephant manner he has made himself known for and designated Jerusalem from now on to be the recognised capital of Israel, albeit the US (or the UN) does not recognise the territory where Jerusalem is located as part of Israeli territory, but as occupied land. Not surprisingly, this gave rise to a new wave of violence from military, militants and activists on both sides. The idea of the two state solution seems less politically realistic than it has ever done.

Against this background, a number of debaters have suggested an alternative idea, The One State Solution, which to a lot of people makes a lot more sense than the fiasco and resulting mayhem that has been going on since the creation of the state of Israel in 1947. This idea, simply put, is that all of the territory currently contested is made into one single state, that this state is made ethnically unaligned (abolishing ideas about a Jewish or Palestinian homeland), democratic, and secular, and that a deal is struck on the question of how people in various forms of exile may return (or not return) to the area to settle. One idea would here be to allow Palestinians housed in refugee camps, e.g., in Syria and Lebanon, since generations a "law of return", just as the present state of Israel allows a "law of return" for Jews who can prove appropriate lineage. Another notion is to stop the current Israeli practice, and to instate normal migration laws based on ethnically and religiously neutral criteria. All who discuss this idea recognise that no such deal will be satisfying chauvinists and extremists on either side, as it means abolishing the notions of a "Jewish", a "Muslim" or "Islamic", a "Palestinian", an "Arab", etc. state. Nevertheless, having one state, with one administration, one judicial apparatus, one police force and one military, will be in a better position to control such elements than in the current state of a nasty mix of virtual anarchy and martial law, where extremist on both sides continue to perpetuate a state of chaos and violence to no benefit for most people on either side. Some examples of proponents and critics of this idea can be found here, here, here, here. 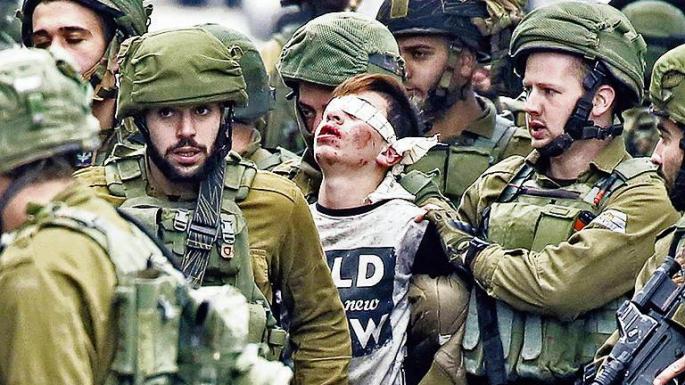 However, the practical way towards a one state solution is making a lot of people uneasy, as it necessitates breaking with some cherished ideas and longstanding practical solutions. The most obvious way to instigate the one state solution is for the current state of Israel to simply annex the territory it presently illegally occupies; the West Bank, Gaza and Jerusalem. Thereby, these areas are declared to be parts of the state of Israel, its settlers are recognised as Israeli citizens, with the same rights and obligations as any other current Israeli citizen. Those who want to hold on to ethnic or religious chauvinist political ideas don't like this, of course. Besides the obvious dissatisfaction from islamist camps (such as Hamas), there is also a lot of Israeli orthodox chauvinists and rightwing politicians, who quite like the present situation of occupation, as it allows the military to rule with martial law style arbitrary discretion. The whole Jewish settlement and land grabbing operation pretty much rests on this situation of (lack of) law enforcement. That, by itself, should be excellent reason for reasonable people to like the one state solution. But also many people of this sort I have talked to hesitate to support the one state road ahead, and I have heard two reasons for this: First, the fear of enlarged interstate military conflict though having surrounding countries interpret the move as hostile and react accordingly. This is an important point, but this risk is present also – if not more – with the current two state debacle. Whatever solution for the Israel-Palestine conflict is reached needs to contain agreements with neighbouring countries in the region that guarantee sustainable, stable and peaceful conditions for all. 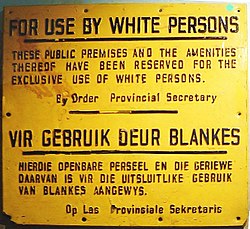 The second reason for hesitation is a distrust of the current state of Israel's ability to maintain itself as the kind of democratic, ethnically neutral and secular state, committed to rule of law and equal treatment, that is necessary for the one state solution to function. This reason, in contrast to the first one, is a game changer issue. This since it will force the state of Israel – and its present government – to finally put down its foot with regard to its political identity. With the one state solution, either Israel takes the consequences, and abolishes all notions of ethnic or religious identity as its basis, or it will have to abolish its often held out liberal democratic aura and turn itself into a bona fide apartheid state within its own lawful borders (in contrast to the virtual apartheid currently practiced via the partition into "real" Israel and occupied territories). Likewise, should citizens of Palestinian origin reach political power in the new one state of Israel/Palestine, they will face a similar choice between maintaining the ethnically neutral and secular democratic solution of a one state Israel/Palestine, or pursuing the islamist/Palestinianchauvinist agenda lurking within the notion of this territory "belonging to" a certain "people", thereby promoting their own apartheid solution. That is, the very same basic notion that drives the Jewish chauvinist notion of present day Israel, only with another "people" as the supposedly chosen one. Both, of course, can only lead to genocide, should they prevail.

This, I suggest, is what makes the one state solution both very scary for many people, and at the same time immensely attractive. It is the best solution under ideal conditions, but given the still apparently strong commitment of dominant parties involved to ethnic/religious chauvinism, and the infantile notion of a possibility to "win" over the opposing side, it may seem politically infeasible. At the same time, the alternatives of continued anarchy and war or one or the other version of genocide are hardly more appealing. I'm torn.