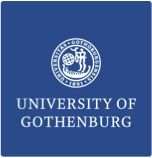 Yesterday, I received the delightful news that a big bid, in which I am one of several co-applicants, to establish a centre for research, education, innovation and change in the area of antibiotic resistance research, CARe at my university has been awarded a more than €5 million base funding for the coming 6-7 years in an internal university competition called the UGot Challenges, that's been going on for about 2 years.

The lead applicants of CARe are Joakim Larsson, professor of environmental biomedicine, and Fredrik Carlsson, professor of environmental and behavioural economics, and the co-applicants involve many senior researchers from the medical field, industry and societal collaborators, and several social scientists and humanities scholars, in the latter case, also my departmental colleagues philosophy professor Bengt Brülde and theory of science senior professor Margareta Hallberg. The aim of the centre is thus outspokenly and strongly cross-disciplinary, involving 6 faculties, acknowledging the challenge of antibiotic resistance, like many other broad challenges such as climate change, to involve many crucial aspects beyond those covered by natural and medical science and technology development. The primary scientific and technological target of CARe will moreover be what is presently considered as the last straw and stage of antibiotics to fight multi-resistant bacteria, so-called carbapenems, the development and use of which, of course, imply a large number of complex ethical issues, e.g. with regard to the need for highly restricted prescription in order not to boost further the current destructive trend in resistance development among bacteria, or exceptional need for haste in introducing new substances in spite of knowledge gaps or uncertainties.

Here is the official announcement from the university:

Stage 2 decision
The university Vice-Chancellor has made the decision on the outcome of UGOT Challenges Stage 21 based on external evaluation. All 12 groups that were invited to stage 2 submitted a proposal before the deadline. 6 of the proposals have been approved.

Documents supporting the decision are available at www.gu.se/ugotchallenges.
The host departments have been assigned to submit a formal application to establish the centres in early 2016. When funding has been granted for an existing centre the operational plan should be updated.

About UGOT Challenges
University of Gothenburg will invest 300 million SEK in research under the theme "global societal challenges" over the next years. The aim is that a number of new centres will be started from 2016.