On "Smykkeloven": The Danish Policy to Seize Personal Valuables and Money from Asylum Seekers 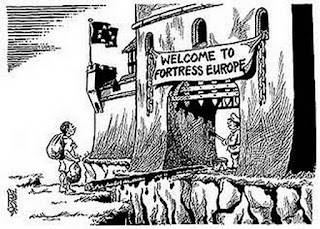 I suppose no one has missed the fast and radical transformation of European refugee and migration policy, following both the vast increase of refugees wishing to seek asylum in European countries during 2015, and the ongoing tragedy of people being killed while attempting to cross the the borders into the European fortress. In my earlier post on this, the focus has been on what occurs around the EU external borders and the inability of the EU to decide and enact a joint policy of sharing asylum seekers to defuse the problem. However, the transformations during the last year includes some rather drastic measures also inside EU itself. Not least by my own government, which has re-installed internal border controls between Sweden and Denmark, Germany, Poland, and so on, and the issuing of a transporter accountability legislation, leading to ID-controls akin those already routine at airports also at ports, train stations, etc. in Denmark and Germany. The Swedish turn-around rather quickly gave rise to a domino effect southwards within the EU, and quick changes of policy have occurred in Denmark, and are being announced in Germany as well. I predict that very soon we will be back at square one were we where when the horrific news of the mass deaths in the Mediterranean started to gain attention a few years back. 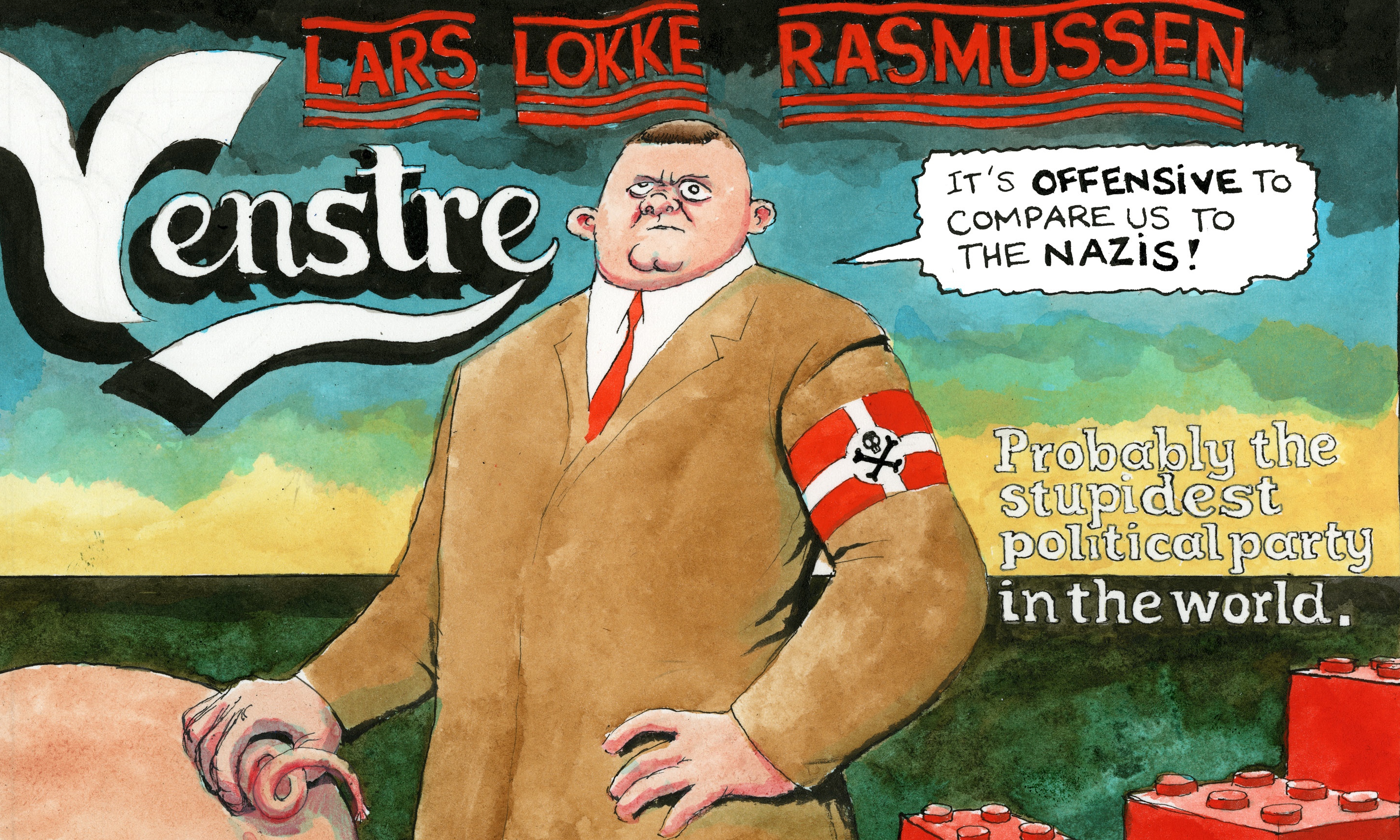 One of these changes, that have attracted a lot of negative attention, is the Danish so-called smykkelov; a statute prescribing Danish border police to seize and secure money and valuable assets (such as electronic equipment or jewelry), of asylum seekers, moving many people's minds to the well known Nazi-german organised robbery of Jewish assets, including the bending out of dental gold from people's teeth post slaughtering in the death camps. Thus, following the adoption of the law by parliament, The Guardian, published a satirical cartoon depicting the Danish PM, Lars Løkke Rasmussen, shown to the left. And another cartoon comment, published by The Independent, depicts the famous Havsfruen statue in the Copenhagen harbour thus: 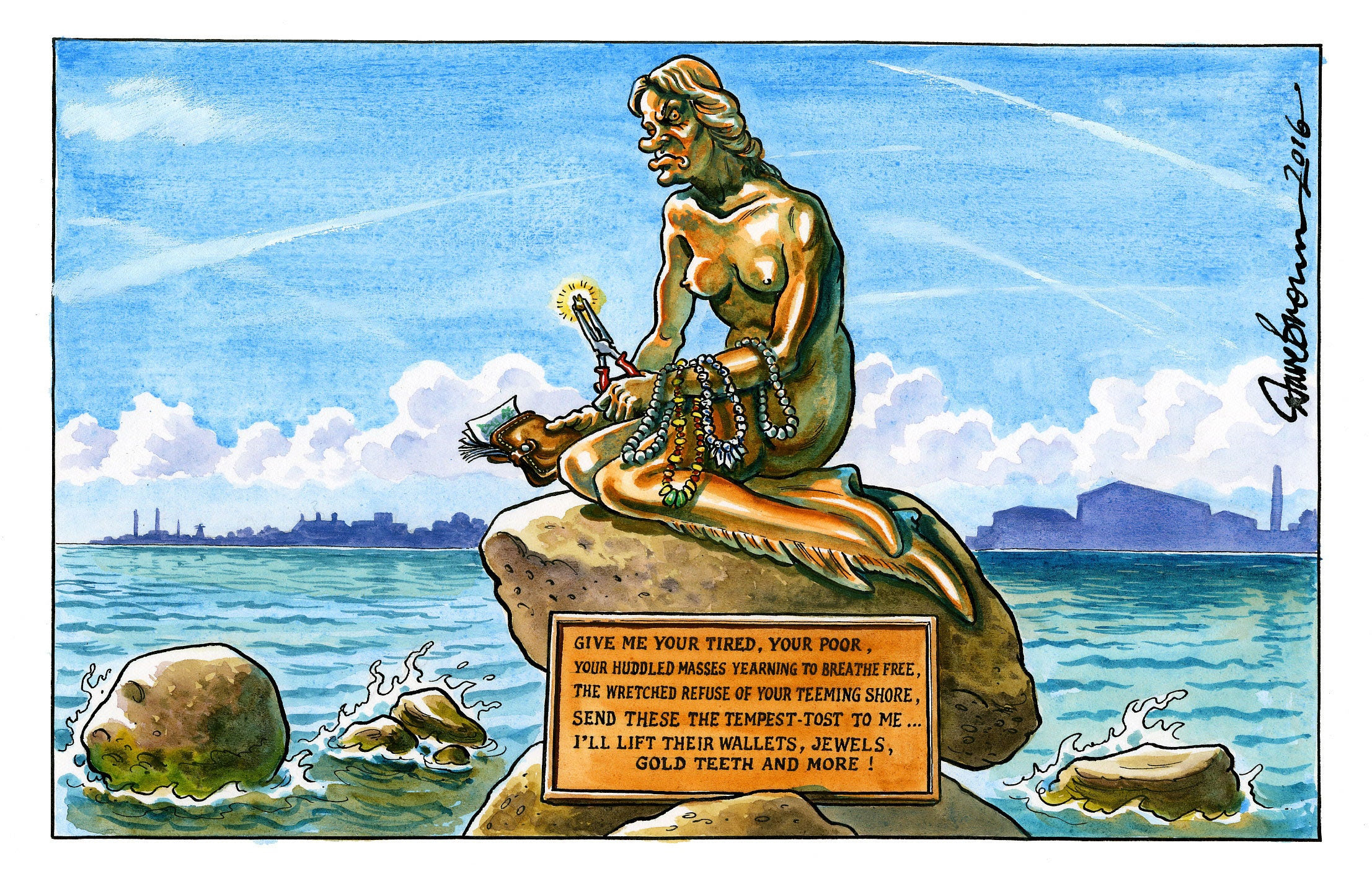 As a tragicomical aside, these two pieces enraged the former leader of the Danish foremost anti-immigration party, now speaker of the parliament, Pia Kjeaersgaard – otherwise known as one the most fierce defenders of freedom of expression related to debates around the so-called Mohammed cartoons of Jyllandsposten – so that she publicly said they are "not fair" and that the newspapers would "have to withdraw them". And Swedish television aired a report on this, where also "ordinary danes" on the streets of Copenhagen exhibited similar crocodile tears when faced with the bitter taste of their own medicine.

Leaving such pathetic expressions of Danish nationalist hypocricy, however, a more serious accusation of possible hypocritical or double standard thinking has been wielded against those who criticise the Danish law. This since, first, apparently, most countries have various sorts of policies meaning that asylum seekers can be made to pay for things like housing, food, schooling of children, etc. during the trial of their application for asylum. This includes, for instance, Switzerland and, indeed, Sweden. Second, Danish politicians have argued that the Smykkelov is merely a case of applying a principle of equal treatment, as Danish residents (as the residents of most countries) are as a rule required to see to their own financial needs, and may only receive public welfare support when these have run out. I found these arguments interesting, as they basically rest on one sound idea: that there is no principal difference between residents and non-residents of a country. So let's have a closer look at how this way of looking at the issue relates to the Danish law.

1. Let's for starters leave out the option of challenging the principle that people should not receive public welfare support until their private assets have run out. Not because it cannot be challenged, it can for instance be argued that it is pragmatically stupid and inefficient, as it tends to lock people into dependency on public welfare. But only for the sake of the argument, let's leave that discussion to a side for now.

2. Let's also leave out the discussion whether or not it is OK for public agencies to demand payment for the processing of a request for what is a legal right (say applying for a tax subsidy, or requesting help by the police)). I would personally like to quarrel with that notion, but for the sake of argument, let's leave also this issue uncontested.

3. Let's then compare the policies of the mentioned examples, Denmark, Switzerland and Sweden.


So how would the treatment of Danish residents have to look like for the Smykkelov to be supported by the appeal to equal treatment? I suppose something like this:

So now, we all wait for this apparently generally desired reformation of danish civic life. As the title of the danish national anthem goes: 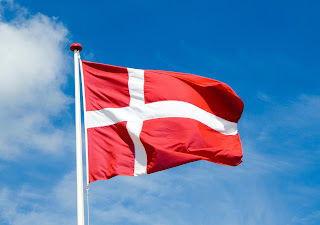 A while back, I made a post with a number of critical remarks on the idea of a legal right of health care professionals to so-called conscientious refusal/objection. That is the idea that such professionals should enjoy a guaranteed exemption from the standard labour law rule, that employee's are obliged to carry out legal instructions of their employer, in cases when they object to the practice they are instructed to carry out, or its legal status. I made the post mainly to get some opinions of particular relevance to current health care policy off my chest, but as it turned out, these ideas have attracted attention within the international community of more systematic research undertaken in this area.

First, the post lead to an invitation to contribute to a coming special issue of the journal Cambridge Quarterly of Health Care Ethics, guest edited by Alberto Giubilini and Julian Savulescu, on the very subject of the ethics of conscientious objection/refusal in health care.

Second, I was invited to contribute to a symposium on the same topic at the Brocher Foundation in Geneva in  June this year, organised once again by Julian, now in collaboration with Sharyn Milnes. My contribution to the symposium is entitled "All or nothing: The legal, ethical and jurisprudential basis of legal rights to conscientious objection of voluntarily employed professionals", and the contribution to the special issue also focus on the combination of ethical and legal reasons in this area.

The work on this article has been undertaken in collaboration with my Danish colleague Morten Ebbe Juul Nielsen, who made contact almost immediately when the blog post was online to suggest that we collaborate, as he had been thinking along the lines of some of the central points of the post already, and had started to scan the relevant literature in more detail. Said and done, the first result of our efforts, the submitted draft manuscript to the mentioned special issue, entitled "The Legal Ethical Backbone of Conscientious Refusal",  can now be viewed online here and here. As this submitted manuscript is undergoing review and will almost certainly be subject to revision, me and Morten are happy to receive any sort of constructive comments. 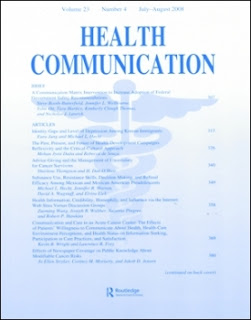 A few days ago, an article by myself and three colleagues from philosophy, psychological safety research and pediatrics that's been accepted for a long time finally came online at the journal Health Communication's website. The article explores how standard accounts of how models for increased interaction and collaboration between patients and health care professionals – often termed patient or person centred care, and shared decision-making – fit badly to a broad group of patients; namely those whose care are mostly self-administered, who suffer vulnerable decision capacities and who exhibit a weakening adherence to decided care plans. In the article we illustrate the point with a study of adolescent diabetes care, based on video-taped consultation meetings between patients and health care professionals, and develop a general argument based on broadly recognised research in decision-making and moral psychology to revise the standard approach to person centredness and shared decision-making for this group of patients, focusing less on making shared rational autonomous decisions in health care meetings, and more on emotionally empowering patients and help them to develop virtues necessary to take responsibility for the self-care they agree on in collaboration with health professionals. Here is the abstract:

This article argues that standard models of person-centred care (PCC) and shared decision making (SDM) rely on simplistic, often unrealistic assumptions of patient capacities that entail that PCC/SDM might have detrimental effects in many applications. We suggest a complementary PCC/SDM approach to ensure that patients are able to execute rational decisions taken jointly with care professionals when performing self-care. Illustrated by concrete examples from a study of adolescent diabetes care, we suggest a combination of moral and psychological considerations to support the claim that standard PCC/SDM threatens to systematically undermine its own goals. This threat is due to a tension between the ethical requirements of SDM in ideal circumstances and more long-term needs actualized by the context of self-care handled by patients with limited capacities for taking responsibility and adhere to their own rational decisions. To improve this situation, we suggest a counseling, self-care, adherence approach to PCC/SDM, where more attention is given to how treatment goals are internalized by patients, how patients perceive choice situations, and what emotional feedback patients are given. This focus may involve less of a concentration on autonomous and rational clinical decision making otherwise stressed in standard PCC/SDM advocacy.


The article itself can be found here. For those who lack access to university libraries or subscriptions, a so-called postprint of the article – i.e. the author's finally submitted manuscript after peer review, but before editorial and type setting changes, pagination and so on – can be found here. Or you can contact me, to request a pdf of the published version.
Upplagd av Christian Munthe kl. 10:48 No comments: