So, this is some trivia before I go on my summer holiday, but if you follow this blog, perhaps also of some interest. Although the blog started late December 2009, the statistics function wasn't activated until May 2010, and the following didn't start to reach measurable levels until June-July that year. Thus, the statistics here presented cover almost a 12 month period starting from that.

Over 346/week on average

Over 49/day on average

However, the deviation from the mean with regard to especially the weekly and daily averages is pretty drastic. In particular, the means are weighted down by the rather low following the first few months, so the daily hit average nowadays normally varies between 50 and 80. To work out the general picture, here's the trend for the entire period, with figures for hits/month:

2. Most popular posts
Here, it may be interesting to see an overview for the whole period, as well as for the last month. Obviously (and perhaps not surprisingly) the post on Wikileaks continues to be the hit piece by far. On second place, I'm quite happy to see that my take on some bad signs of current bioethics research has been a popular item. A rather late coming hit scoring pretty close to that is some recent comments on the ID card folly of Finland. Behind these three, it's a tight race between several posts on rather different topics. Some of these have been starting to move up the list some time after they were posted – something I interpret as a sign of having been early on a topic of forthcoming interest to a larger crowd, such as in vitro meat or uterus transplantation. 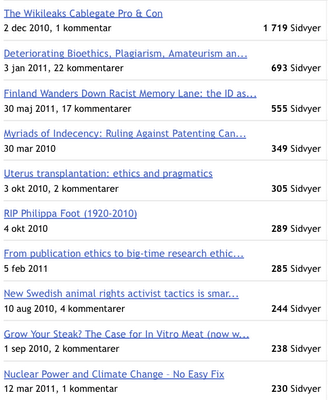 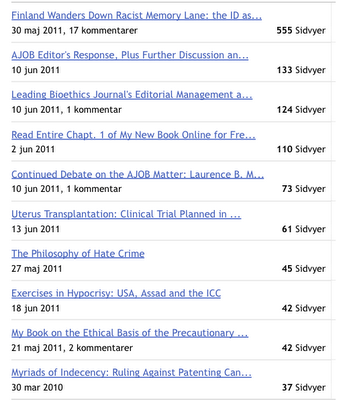 3. Country of readers
This is quite an interesting one for me personally. When I started, rather naturally, my readers were mostly Swedes, but pretty soon the US readership started catching on, while the UK has been a strong runner up to those two in the last 6 months or so. Otherwise, I have been pleased to find that Philosophical Comment attract readers from all over the globe. To provide some perspective, here are images displaying the proportions for the whole period as well as for the most recent month: 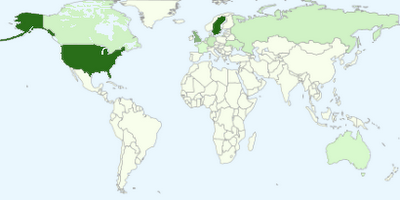 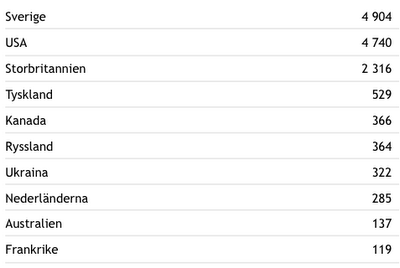 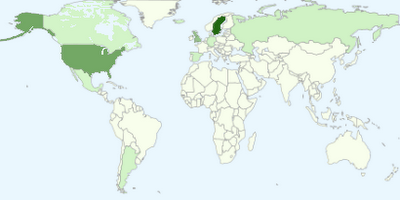 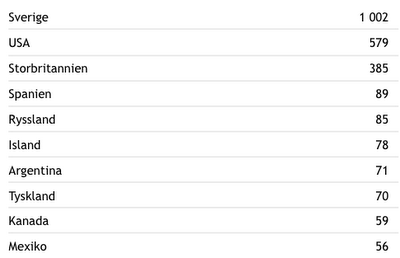 So, since I'll soon be off the computer for some time (one of my tricks for achieving some real rest during the short time of a Swedish summer), I guess the only remaining thing to say is thank you. To all of you who read, link, comment, repost, and so on.

See you in six weeks or so!
Upplagd av Christian Munthe kl. 00:41 No comments: