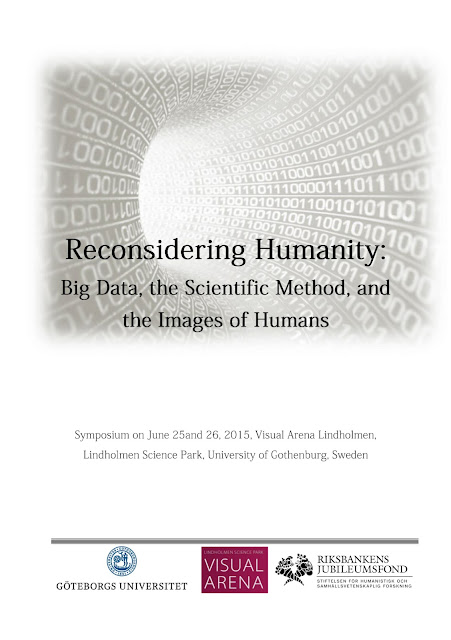 So, Ornette Coleman has died (here, here, here) – suddenly and unexpected it seems, in spite of his 85 years. You can read all about his fantastic importance to modern music, and the many players and turns of jazz that he inspired in the obituaries, and keep browsing here.

I bought my first Ornette record long before I knew anything about his legendary status in jazz - the Of Human Feelings album from 1979, featuring a pretty early version of the Prime Time band. I thought it was a fusion/jazzfunk group I hadn't heard before, the name of the front man vaguely familiar, so imagine my shock when the angularly crazy, indeed funky, but more than strangely so rythm, the almost naivistic repetitive melodies, the totally off the chart guitar of Bern Nix, and – on top – the most haunting sax sound, I'd ever heard at the time – not even 20 years of age. This is insane, I said to myself, you can't make music like this, but couldn't stop listening, and it opened my eyes and ears to a whole new universe of music.

A few years later, at the time writing reviews, reports and in depth articles for the Swedish jazz magazine, Orkester Journalen, I decided to do an extended piece on the whole harmolodics (Ornette's own theoretical conception about his music) scene of the 1980's – incl. also James Blood Ulmer, Jamaaladeen Tacuma and, of course, Ronald Shannon Jackson's bands. Bold as ever, I wrote (that means a letter written on paper, using a mechanical portable typewriter and sent by regular mail – what you did in those days) to Ornette – using an address provided by one of the main men at Down Beat (Art Lange or Nat Hentoff, I think), whom I also had written asking for it – telling him about the article, and asking him to do a telephone interview. Swiftly (meaning within a few weeks) he wrote back and suggested a date (in the middle of the night in Sweden), and the magazine editor set it up for me to do it from the small editorial office. I was extremely nervous, but Ornette picked up when I called at the agreed time and shocked me again – first by the sheer sound of his mellow, high-pitched voice but soon immensely more by his extremely sweet and generous treatment of someone whom I'm sure he recognised for just what it was: an overly enthusiastic rookie, blind to his own shortcomings. But he treated me as seriously as a scholar and answered all of my questions, some rather theoretical (I was in my start of taking academic philosophy seriously at the time), with the utmost sincerity, taking his time to elaborate complex answers. Then, at the end, I asked about the absence of extended improvisation in his later works, and he told me: well, these were studio-things I had heard, like rehearsals of a concept in its early stages of development, and that if I got to hear the band live now, I would get another picture. A few years later, Prime Time finally visited Stockholm for the first (and I think only) time, and boy was he right.This video is probably from that tour, or the one they did a year before hitting Stockholm:

Of course, as so many others, I also probed historically Ornette's enormous contribution to jazz and improvised music since more than 50 years. But in the end – today when I hear about his passing – what echoes inside of me is that voice on the phone so many years ago; it merges with the melody to Lonely Woman (the Ornette tune everyone knows, if one knows only one), and it tells me even today That – I'm – Worth – Something.


Thanks Ornette, for that and for everything else – thanks and peace!

The NHS "Care.Data" Disgrace Continues: Up to 700 Thousand Patients' Requests to Opt Out Actively Ignored


Remember the Care.Data project in the UK, whereby NHS patients' medical records are supposed to be made available against a handsome fee – often not fully anonymised – to private business interests, which may many times clash with those of patients? If not, read the background story here, here, and here. There are a great many reasons why this project is faulty at its very roots (all explained in the above links), but one of the things that have been a basic rot the whole way is Care.Data's utter disregard for basic medical ethical principles, as for patient basic rights. The apparently deeply dysfunctional  Care.Data organisation Health and Social Care Information Centre (HSCIC) started out by trying to plainly ignore any claim to a right of patients to decline having their medical records sold to business interests or other third parties. When that didn't swing and the HSCIC was forced to supply patients with an opt out opportunity, they did their very, very best to cloak it from patient attention and impede access to what was in reality a simple straightforward exercise of filling out a form. It also surfaced that HSCIC in the meantime obviously didn't give a damn about patient consent and rights, as it was caught with its pants down having prematurely shared patient data with private insurance companies. Simultaneously, unsurprisingly, private pharma industry have been shown to enact heavy pressure, bordering on trying to incite bona fide corruption, on the HSCIC to provide "easy access" to Care.Data. This, apparently, was the last straw for governing bodies, and the Care.Data plan "was shelved" in March 2014. Later the same year the General Practioners' Committee (GPC) voted to demand a complete change to the Care.Data set-up, making it opt-in, in the meantime opting patients out of the scheme by default due to lack of trust in the HSCIC and Care-Data organisation, while  working actively to make patients aware of what Care.Data amounts to and their right to opt out of it, as well as into it. In August 2014 it was revealed that plans to relaunch the scheme have been forced to be abandoned due to the continuous problems to have Care.Data fit even basic standards of law and ethics.

Now, in today's Guardian, it reported (also here, here) that the HSCIC chair Kingsley Manning, in a letter to the House of Commons health select committee this February, has been pressed to admit to MP's that up to 700 000 patient requests to opt out of the Care.Data scheme were never logged, and thereby actively ignored by the Care.Data organisation, thus effecting sharing of their medical records with private business parties against these patients explicitly and lawfully expressed and legally protected wants before the shut down in March 2014.

The GPC lead on Care.Data issues Dr Beth McCarron-Nash is reported to to have characterised the Care.Data organisation: "basically it's a mess". Leader of data protection advocacy Phil Booth summed up the gist of the revelation neatly:

The material fact is, hundreds of thousands of people, last January, February, March, exercised their right to opt out of having their data passed on by the HSCIC, and that has not been respected.

Meanwhile the HSCIC chair is reported to have ...

... told MPs that it “does not currently have the resources or processes to handle such a significant level of objection” and it also encountered technical issues over logging the preferences. /.../ [and] admitted it “may take some time” to resolve the issue.

As I said, the whole Care.Data setup is simply extremely badly thought up from the start, and its main organisation HSCIC is now admitted by its own head to be both dysfunctional and incompetent to carry out even the most elementary task to have the scheme meet even the most paramount of requirements for ever being fit for operation. In spite of this, it has went along and made Care.Data operative, thus violating hundreds of thousands of patients legal and ethical rights. If there ever were reasons to make the obvious decision to put the Care.Data freak out of its misery for good, it is now plain for all to see. Go back to the drawing-board with basic ethics and law at the forefront and do better. In the meantime, humbly (as I know UK law too bad to be specific), I suggest that leading Care.Data and HSCIC officials should be legally investigated and possibly charged with complicity in what has been revealed. For surely, it has to be in breach of some legal statute in the UK to just hand out people's medical records to third parties in spite of their legally submitted denial of the right to do so (?).