After the BRAIN initiative of 2013, in 2015 US president Obama announced another large scale government funding scheme for biomedical science, on so-called Precision Medicine. Just recently this initiative announced its first pilot study. Leaving the unfortunate terminological analogue of "precision bombing" (eventually known precisely for its lack of precision) to a side, precision medicine is basically nothing new compared to what's already been known among medical scientists as individualised or personalised medicine, except that the Obama initiative has added large scale so-called Big Data methodology to the mix. The vision (described in these reports by the European Science Foundation in 2012) is that of a new strategy in pharmacological treatment consisting of two broad dimensions:

I'll call these dimensions treatment and screening respectively below. Both offer tremendous scientific challenges, still mostly to be overcome. But in this post I'll be assuming that the science has been worked out and instead point to three seemingly rather difficult socio-economic hurdles for the personalised, individualised or precision medicine ultimate agenda to ever be realised. For, naturally, the endpoint is not about the science as such, but to take significant additional steps in bettering human health and the fighting of disease. For that to occur, the existence of scientifically demonstrated natural mechanisms and technological solutions is far from enough. There also has to be a realistic socio-economic production and delivery system with a potential to make the mechanisms and technologies further the ultimate aim.

Hurdle 1: Practical inconsistency and the societal costs of screening

The first hurdle becomes visible when appreciating that the two dimensions are bound to partly work against each other. This as the screening dimension, due to elementary features of statistics and scientific measurement, will most probably mean increased imprecision; the more potential signs of conditions that are picked up in more people, the more likely it will be that signals for possible disease are what is known as false positives, and the more likely it will be that any signal is untrue due to weak predictive value. This, in turn, is especially likely the more the screening dimension addresses conditions as these will be defined in the treatment dimension: these condition will then be increasingly rare (due to the increased precision and individualisation in characterising them), a factor well-known to decrease the precision of screening programmes. This, in turn, will mean that the screening dimension is very likely to boost two well-known problems in medical screening, overdiagnosis and overtreatment, both of which cost both money and suffering. That is, whatever possible increased effectiveness in the fight for health and against disease brought by the treatment dimension is likely to be undermined – overrun even – by these expected outcomes of the screening dimension of precision medicine. Anyone wanting to dig deeper into these kinds of problems are welcome to treat themselves to the wider and deeper explorations of Niklas Juth and myself in our book on the ethics of screening.

Hurdle 2: The medicalisation of life and the exponential increase of health care costs 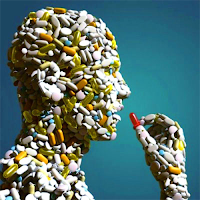 The next hurdle is linked to the one just described and connects to the concept of medicalisation, which is the process through which we start to view aspects of our life as suitable for biomedical interventions. Medicalisation is partly driven by a well-known socio-psychological tendency of pathologisation of the previously normal, i.e. our tendency of starting to view negative aspects of life or society as seriously problematic to warrant practical attention (rather than merely generally pesty aspects of life as it happens to be, to be reckoned with as part of the normal variation) as they become increasingly rare. One example of this is how we now view the death of a person in Europe at the age of 60 a tragedy warranting serious concern about something having gone wrong, while only 3-4 decades back it wouldn't have raised many eyebrows, even less prompting any probing of fault. But medicalisation is also driven by other mechanisms, two of which are the increasing tendency of viewing risk and indirect indicators of possible future disease as equal to disease, and the increasing tendency of viewing the consumption of a biomedical product or service as the apt response to an increasingly wider sector of perceived problems in life. Especially the latter two mechanisms are bound to be driven by the screening dimension, meaning that increasingly many people can be expected to view an increasing amount of states of their lives as either equivalent to disease or fit for a biomedical response, or both. This forceful increase of consumer demand can then, by ordinary economic mechanisms, be expected to effect a surge in health care costs. However, this surge will at the same time undermine the ultimate aim of precision or personalised medicine, since the surging costs makes it less likely that people, insurers or public health systems can afford meeting the demand and at the same time take up the new treatments from the treatment dimension.

This brings us to these very treatments and what I take to be the core of the vision of personalised, individualised or precision medicine, namely that a radically shrinking number of patients are to be subjected to selected treatments out of a radically increasing number of potential candidates, based on a new addition of test-batteries. As I pointed out not long ago in a post on the surge in drug prices in recent years,  the mere logic of ordinary business means that such a pattern of development will lead to drastic price increases of each personalised/precision product produced by the treatment dimension. Moreover, this effect will be stronger, the more that the treatment dimension turns out to be successful. Assuming full scientific success, it can safely be assumed to become exponential. The reason for this expectation is very simple: for any product it holds, that the fewer expected consumers, the more each product sale has to carry a larger part of covering the development and production costs and profit expectations making up the price necessary for commercial production to be at all viable. But, of course, this implies further scepticism as to whether the ultimate vision of precision medicine will ever be likely to be in sight. The treatment dimension will have to deliver huge increases of the effectiveness of treatments if this is ever to become even close to likely and even if we assume the scientific challenge to have been met it very much remains to be seen what this will mean in terms of actual effects, especially on common diseases such as auto-immune conditions (e.g., diabetes or arthritis), cancers, dementias and cardiovascular diseases. And, of course, the higher the target is set, the less likely becomes the scientific prospect.

In sum, both from the perspective of a private consumer, a health insurer or a state running a public health care system, the precision, personalisation or individualisation medicine visions, even if scientifically viable, look like potential dead ends from a socio-economic standpoint. At least as long as realistic strategies to remove or bypass the hurdles described above have not been presented. And then I haven't even started on such elementary health policy facts that most serious ill-health still depends on social determinants, quite possible to attack by political means, or that the brief historical paranthesis where we could stop worrying about ordinary infectious disease thanks to antibiotics is very close to come to and end rather soon. Political leaders would thus seem well advised to turn their gazes elsewhere than the currently unrealistic lure of a pharmacological industry that as always hunts a way to get us hooked, lined, sunk and landed for good in a trap of ever increasing consumption of ever increasingly unnecessary gadgets, while increasingly convinced of their utmost necessity. Instead tell them, sorry we can't afford it, but here's something we would really want, and maybe they will become more disposed to deliver something of actual social value and potential for promoting health. After all, the customer's always right. Right?