BBC newspeak on mob hate crimes against Roma in France

So, here's a short note on a piece of news reporting that upset me quite a bit yesterday night. Partly this is due to the nature of the events described, bearing evidence of the French authorities' increased acceptance of lawless harassment against Roma people, thus setting aside basic obligations to tend to human rights, rule of law and legal security. But even more so, the way in which these events are described upset me. Especially considering the source being not the press office of the Front Nationale or the British National Party, but actually the BBC. 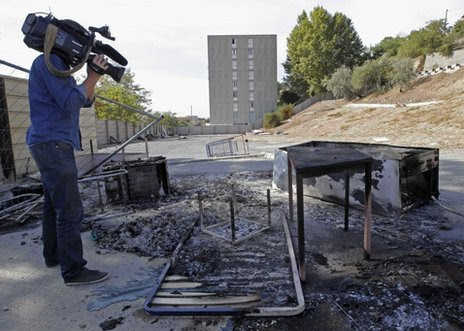 Basically, what is reported is that of a local French mob running amok – inspired by the usual anecdotal rumours and lose slander figuring in cases like these since the witch-hunts of the 17th century – taking the law into their own hands and forcing (one supposes by threats of violence and/or actual physical force, how else does one force?) a group of homeless Romas (sometimes referred to as Gypsies or Travellers) to flee a camp set up on a wasteland close to a Marseille housing estate. In the process, parts of said camp were set on fire and anonymous members of the mob in so many words say that they were passively or indirectly inspired to the attack by local police authorities. Said authorities in turn seem to actively turning a blind eye to the incident claiming that they were "not able to report any crime". 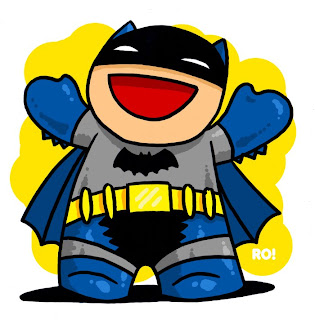 This, the usually impeccably to the point and correct BBC chooses to describe as "vigilantes" with "no reports of violence" "evicting". Yep, vigilantes – just like Batman or any other righteous crime fighter who steps in when the high and mighty lost their ability to uphold the law. Yep, non-violent – just like that example of peaceful popular protest known as Kristallnacht that also had suspected arson and unlawful coercion and threat on the menu, besides general mayhem And the best of all: evicting, just like any landlord would do had the tenants not behaved themselves – all proper and according to due procedure. Yep, nothing to add to the local police's obviously completely ridiculous stated inability to report any crime. If this is not the worst case of racist newspeak I have encountered in mainstream media for a long time I don't know what is.